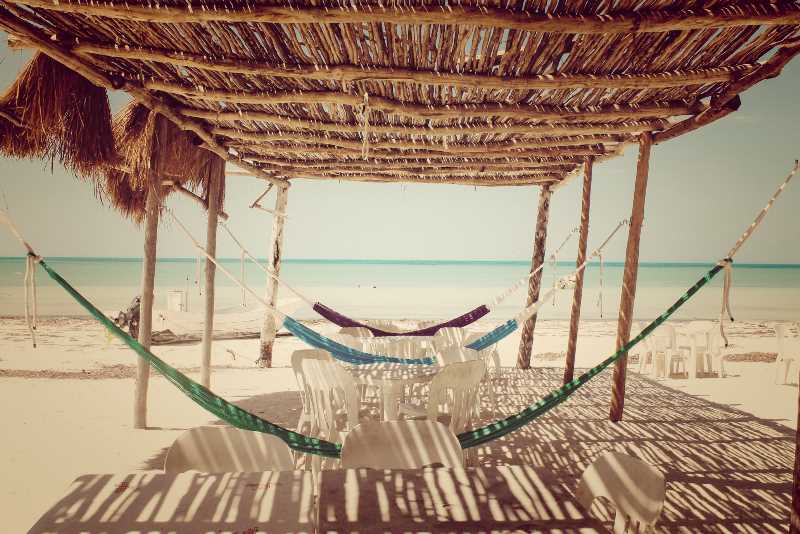 For many centuries this island was swarming with pirates, because of its strategic position allows a safe haven , it was not until 1873 that the first European colonizers who fell in love with the place and decided to make their life here

Late last century , the larger islands , which were more protected from the open sea as it is Holbox ,start receiving survivors from Yucatan  who fled the Caste War that  was a known as  a Mayan social rebelion and later , in January 1891, they settled in this island.

Some people began the  colonization of  Yucatan northern peninsula between 1880 and 1920 , in order to enlarge the agricultural and forest border of Yucatan ; therefore, the beginning of the century there were stablished small towns near Holbox as Solferino , Yalahau Chiquilá , San Angel and El Ideal , villages located on the road from Cancun to Chiquila where ferries depart to Holbox .

In the early twentieth century the continent between Isla Mujeres and Holbox was occupied by operators of gum trees , salt and fine wood trees . the population of the state of Quintana Roo settle in eight municipalities, for economic reasons were divided into three zones that are still as before : north, central and south; comprising the northern municipalities of Holbox , Cozumel and Isla Mujeres.

The  villages were  located along the coast in the early 20th century , but began to suffer the process of growth and occupation .In the year 1960 the importance of Holbox didn´t grow so much and its population was only 500 people. The seventies was important for Quintana Roo , for it was at this time that changed the population structure and , in 1974 , was established as a state over the Mexican Republic. 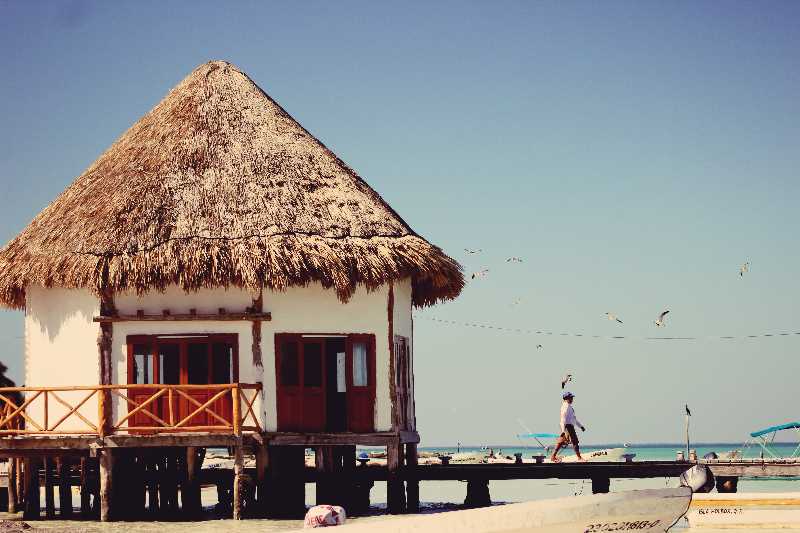 Some details of Holbox

Holbox is located north of the Yucatan Peninsula in the state of Quintana Roo , a 2 and a half hours away by road from Cancun ferry 25 minutes more .

The word means in Maya Holbox black Hole . Its area is 40 miles long and 2 miles wide and 34 miles of pristine beaches very nice in the north of the island.

Holbox has about 1,200 inhabitants , many of whom are engaged in fishing and tourism.

Holbox belongs to the protected area of flora and fauna of Yum Balam.

Following the growth of Cancun during the 80s, Holbox was becoming known as a tourist destination and rest, but it was not until the early 90's when they began to build smaller hotels and more people came to populate the Island .

Despite the growth of Cancún and the Riviera Maya , Holbox is still a different tourist destination as it is a small island with a small population with rustic hotels , boutique, with friendly people which makes it different from others

Deals to stay in Holbox Island